Mother of three, building a career and being a caregiver to my disabled husband after a horrible tragedy. Balancing life and the journey of trauma, hardship, love and faith, family connection and healing physically and mentally. Join Weekly Essential face book page or feel free to email me if you would like to know more if you are looking for support and a lifestyle change. Learn how to love yourself and life again please book an appointment with me or email me at kollette@weeklyessential.com. Facetime and Zoom appointments available as well. The doTERRA lifestyle and Essential oils changed my life and my families.

It is summer and I love not having to be anywhere by a specific time. I am enjoying spending more time with my children and I love to cook for them. This morning, I decided on French Toast for breakfast with some bacon. I have an old family recipe from my grandmother that is simple and I love it. I was out of cinnamon so I decided to use Cinnamon Bark Essential Oil and it worked out just great. The kids loved it. 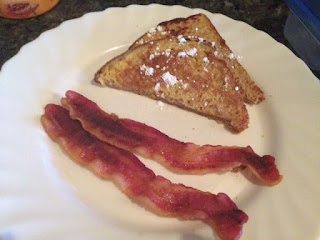 About Cinnamon Bark
Cinnamon, the common spice, sold in the United States is typically the close cousin Cassia which also is extracted as an effective essential oil with somewhat similar characteristics.  True Cinnamon essential oil has more intense properties, is more costly, and some feel more effective.  The tropical Cinnamon tree is common to Southeast Asia where the highest quality Cinnamon is grown.  Essential oils can be processed from both the inner bark or the leaves of the tree resulting in much different properties.  Hence it is important to identify which Cinnamon oil you are using.  The oil referenced here is Cinnamon bark and is steam or water extracted from the inner bark of the tree.  DōTerra Cinnamon is of the family Laureaceae, grown in Indonesia and distilled from the bark of the tree.

Typical Applications
Since Cinnamon is both an emotional and physical stimulant its benefits can be enjoyed in a number of ways.  Diffusing or as a bath oil (only a small amount since it is very strong, ie hot) can invigorate and help and uplift.     As a physical stimulant it can be mixed with a carrier oils and applied topically for sore and painful muscles and joints.  Some suggest that for digestive problems that simply a drop of Cinnamon mixed with warm water and a sweetener then slowly sipped helps.

Precautions:   Cinnamon can be irritating to the skin, especially sensitive areas, therefore dilute with a carrier oil and use a skin test before topical application.  This is a GRAS (Generally Regarded As Safe) oil for internal consumption but should be done so with proper dilution and used with caution)  It is recommended to not use it internally with young children. Consult professional advice before use by those who are pregnant or nursing mothers.

Referenced from www.everythingessential.me and my grandmother's recipe and doTERRA.

Posted by Weekly Essential at 9:30 PM

Register Here for On Line Classes

My Gift To You